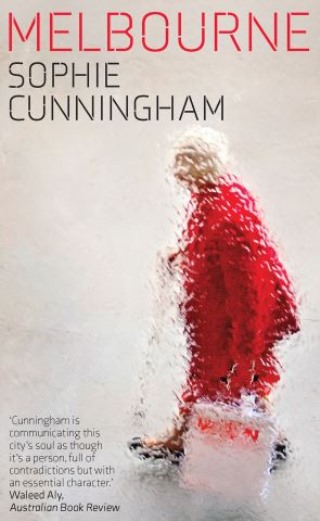 Melbourne's a city you get to know from the inside out &#8211; you have to walk it to love it. My favourite time to do this is at night. That's when you capture glimpses of people &#8211; eating, laughing, talking, arguing, watching TV and reading &#8211; through half-open terrace house doors and windows ... It is a city of inside places and conversation. Of intimacy.Melbourne begins on Black Saturday, the day that bushfires tore through the outskirts of Melbourne, destroying the townships of Marysville and Kinglake, shattering thousands of lives. Sophie Cunningham writes about what happened over the year that followed.Sit through a heatwave, visit the drains underneath the city, participate in a letterpress workshop, wander beside the Yarra, cycle alongside tram tracks and cheer at the footy. Live through the drought before the storm, the rain before yet more fire and days of searing heat. Along the way, be captivated as Cunningham shares her Melbourne, its stories and its characters.In a new introduction, Cunningham returns to Melbourne after a period away and reflects on how much her city has changed since Melbourne was first published in 2011: it is hotter, greener and has endured the roller

Sophie Cunningham: Sophie Cunningham is the author of six books, her most recent being City of Trees, a former publisher and editor, was a co-founder of the Stella Prize and is now an Adjunct Professor at RMIT University’s Non/fiction Lab. In 2019, Cunningham was made a Member of the Order of Australia (AM) for her contribution to literature.