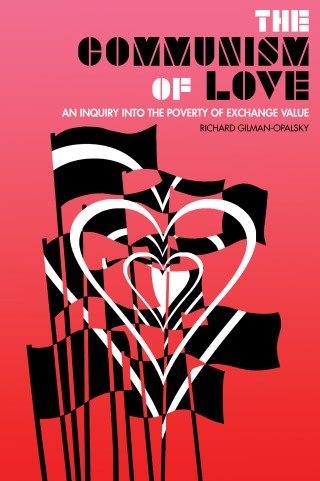 The Communism of Love

An Inquiry into the Poverty of Exchange Value

Richard Gilman-Opalsky: Richard Gilman-Opalsky is Professor of Political Theory and Philosophy in the Department of Political Science at the University of Illinois at Springfield. Gilman-Opalsky’s research focuses on the history of political philosophy, contemporary social theory, Marxism, capitalism, autonomist politics, critical theory, revolt, and revolution. Gilman-Opalsky is the author of five books: Specters of Revolt (2016), Precarious Communism (2014), Spectacular Capitalism (2011), Unbounded Publics (2008), and Riotous Epistemology (2019). He is co-editor of Against Capital in the Twenty-First Century (2018). Gilman-Opalsky has lectured widely throughout the U.S., Europe, and China and was named University Scholar 2018–2019 at the University of Illinois.