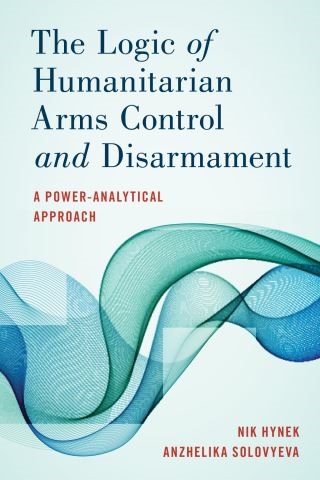 The Logic of Humanitarian Arms Control and Disarmament

This novel and original book examines and disaggregates, theoretically and empirically, operations of power in international security regimes. These regimes, varying in degree from regulatory to prohibitory, are understood as sets of normative discourses, political structures and dependencies (anarchies, hierarchies, and heterarchies), and agencies through which power operates within a given security issue area with a regulatory effect.

The commitment of this book is to remedy this situation by bringing together robust power analysis and international security regimes. It provides the reader with a theoretically and empirically uncompromising and comprehensive analysis of the selected international security regimes, which goes beyond one or another school of IR Regime Theory. In doing so, it completely abandons existing, and piecemeal, analysis of regimes within the intellectual field of IR based on conventional grand/mid-range theorization.

Nik Hynek: Nik Hynek is Professor of Politics at Charles University, Prague. He studied political science and international relations at the Masaryk University, the University of Plymouth, and the University of Bradford where he received his research doctorate degree in Security Studies and International Politics (2011). He was a visiting research scholar at the Columbia University in New York and The London School of Economist and Political Science. Also, he is Associate Editor of the Journal of International Relations and Development (Palgrave Macmillan).|||Anzhelika Solovyeva is affiliated with Charles University (Prague) as a PhD Student, a Lecturer, and a Doctoral Researcher at the Centre of Excellence PERICULUM “Human-Machine Nexus and Its Implications for International Order.”