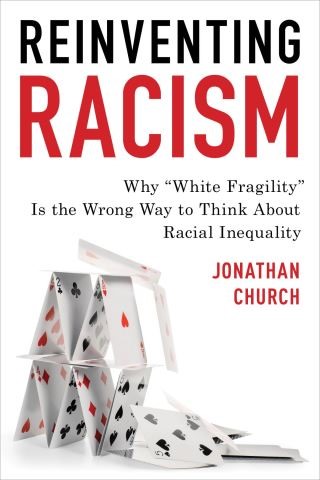 Despite its wide acclaim and rapid acceptance, the theory of white fragility has received no serious and sustained scrutiny. This book argues that the theory is flawed on numerous fronts. The theory functions as a divisive rhetorical device to shut down debate. It relies on the flawed premise of implicit bias. It posits a faulty way of understanding racism. It has serious methodological problems. It conflates objectivity and neutrality. It exploits narrative at the expense of facts. It distorts many of the ideas upon which the theory relies.

This book also offers a more constructive way to think about Whiteness, white privilege, and “white fragility,” pointing us to a more promising vision for addressing racial inequality.

Jonathan D. Church is an economist, CFA charter holder, and writer who has been published in Areo, Quillette, Arc Digital, The Agonist Journal, Merion West, The Good Men Project, DC Examiner, and other venues.