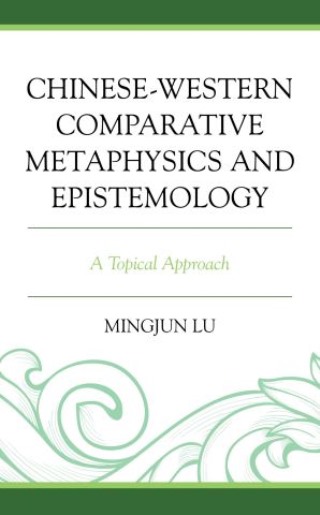 Chinese-Western Comparative Metaphysics and Epistemology: A Topical Approach features a comparative analysis of the fundamental metaphysical assumptions and their epistemological implications in Chinese and Western philosophy. Adopting the methodology of topical comparison that seeks to correlate two or multiple approaches to the same set of questions raised by a single topic or issue, Mingjun Lu argues for commensurability in Chinese and Western metaphysics of both Nature and the mind, and in the epistemology of knowledge dictated by these two fundamental hypotheses of the first principle or primary cause. Lu explores this philosophical commensurability through a comparative analysis of the canonical works written by Plato, Aristotle, Bacon, Descartes, and Leibniz on the Western side, and by Confucius, Laozi, Zhuangzi, Xunzi, Lu Jiuyuan, Zhu Xi, and Wang Yangming on the Chinese side. The parallels and analogues revealed by the comparative lens, Lu proposes, bring to light a coherent and well-developed Chinese metaphysical and epistemological system that corresponds closely to that in the West. By inventing such new categories as cosmo-substantial metaphysics, consonant epistemology, natural hermeneutics, and onto-mind reading to reconceptualize Chinese and Western philosophy, Lu suggests alternative and more commensurable grounds of comparison.

Mingjun Lu holds a PhD in English literature from the University of Toronto.