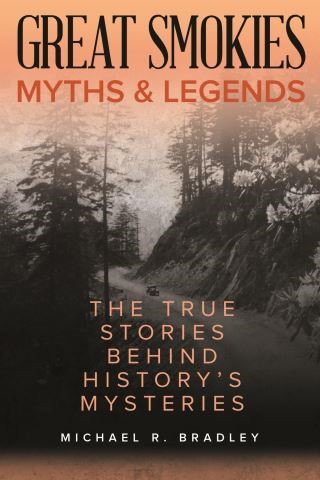 The True Stories behind History's Mysteries

Is it possible that the woman who raised Abraham Lincoln was actually his half-sister, and that the man he knew as his grandfather had conducted a scandalous affair with a servant girl? Was Nancy Dude really a murderous witch, or the victim of relentless calamities that would stretch anyone beyond the bounds of sanity? Should Horace Kephart be considered a hero for his work to protect the area of the Great Smokies, where a moutain was named in his honor, or a drunken scoundrel who uprooted families from the homes and farms they’d had for generations?

From Sam Houston’s childhood among the Cherokee to the mysterious “road to nowhere”, Great SmokiesMyths and Legends makes history fun and pulls back the curtain on some of this national park’s most fascinating and compelling stories.