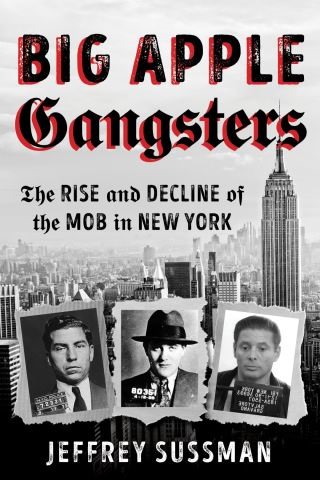 The Rise and Decline of the Mob in New York

The great founding figures of organized crime in the 20th century were born and bred in New York City, and the city was the basis of their operations. Beginning with Prohibition and going on through many illegal activities the mob became a major force and its tentacles reached into virtually every enterprise, whether legal or illegal: gambling, boxing, labor racketeering, stock fraud, illegal unions, prostitution, food service, garment manufacturing, construction, loan sharking, hijacking, extortion, trucking, drug dealing – you name it the mob controlled it.

The men who organized crime in America were the sons of poor immigrants. They were hungry for success and would use whatever means available to achieve their goals. They were not interested in religious identity and ethnic identity. Their syndicate of criminals was made up, primarily of Italians and Jews, but also Irish and black gangsters who could further their ambitions. Their sole objective was always the same – money. It began with Arnold Rothstein, who not only helped to fix the 1919 World Series, but who also mentored and financed the individuals who would control organized crime for decades. Individuals such as Frank Costello, Lucky Luciano, Bugsy Siegel, Joe Adonis, and Meyer Lansky, who would then follow suit setting up other criminal organizations. They established rules of governance, making millions of dollars for themselves and their cohorts. All the organized crime bosses and their cohorts had the same modus operandi: they were far-seeing opportunists who took advantage of every illegal opportunity that came their way for making money.

Big Apple Gangsters: The Rise and Decline of the Mob in New York reveals just how influential the mob in New York City was during the 20th century. Jeffrey Sussman entertainingly digs into the origins of organized crime in the 20th century by looking at the corporate activity that dominated this one city and how these entrepreneurial bosses supported successful criminal enterprises in other cities. He also profiles many of the colorful gangsters who followed in the footsteps of gangland’s original founders. Throughout the book Sussman provides fascinating portraits of a who’s who of gangland. His narrative moves excitingly and entertainingly through the pivotal events and history of organized crime, explaining the birth, growth, maturation, and decline of various illegal enterprises in New York. He also profiles those who prosecuted the mob and won significant verdicts that ended many careers, responsible for bringing many organized crime figures to their knees and then delivering a series of coups de grace – such as Burton Turkus, Thomas Dewey, Robert Kennedy, and Rudolph Giuliani.

Jeffrey Sussman: Jeffrey Sussman is the author of fourteen nonfiction books, as well as numerous articles and short stories about boxing. He is a regular writer for the premier boxing website www.boxing.com and the author of Max Baer and Barney Ross: Jewish Heroes of Boxing (2016) Rocky Graziano: Fists, Fame, and Fortune (2018); and Boxing and the Mob: The Notorious History of the Sweet Science (2019), all three published by Rowman & Littlefield. Sussman is the president of a public relations and marketing firm based in New York City. Visit his website at www.powerpublicity.com.