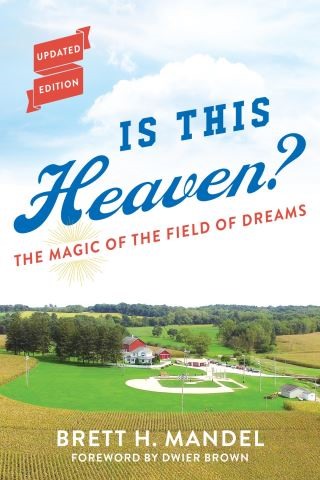 The Magic of the Field of Dreams

More than three decades ago, the film Field of Dreams made grown men cry with its tale of a son's quest to know his father through the magic of baseball. The mystical baseball field of that movie continues to attract thousands of visitors and here is the story of a make-believe place made real, its incredible lure, and its effect on the people who have stepped between its chalk lines.

Brett Mandel: Brett H. Mandel is a writer and consultant in Philadelphia where he is engaged in civic activism and government-reform efforts. Previously, Brett served as the Executive Director of the National Education Technology Funding Corporation, a private, non-profit organization that worked to help local public school districts access cost-effective financing for school construction and renovation. Brett also served as Executive Director of Philadelphia Forward, a citizens’ organization promoting tax, government, and ethics reform; and as Director of Financial and Policy Analysis in the Philadelphia Office of the City Controller. Brett received his B.A. from Hamilton College and his M.G.A. from the Fels Center of Government of the University of Pennsylvania.

Brett is the primary author of Philadelphia: A New Urban Direction (Saint Joseph's University Press, 1999), a vision of Philadelphia's likely future without change and a comprehensive plan designed to make Philadelphia a preferred place to live, work, and visit. The book received the National Association of Local Government Auditors Special Project Award. Another

book, Minor Players, Major Dreams, (University of Nebraska Press, 1997) written from his perspective as an author, signed to a Minor League Baseball player’s contract, tells the inside story of Minor League life. His next book, Philadelphia: Corrupt and Consented, about the city’s struggle with municipal corruption, is due to be published in 2021.

A lifelong Philadelphian, Brett is the Commissioner of the Greater Philadelphia Men’s Adult Baseball League and the Board Chair of the Circadium School of Contemporary Circus, America’s first school of higher education for circus arts. Brett lives in the Fitler Square neighborhood of Philadelphia with his wife and three children.