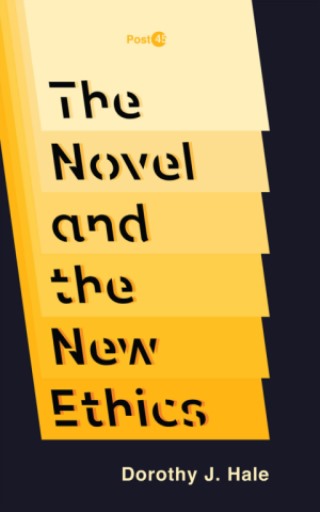 The Novel and the New Ethics

For a generation of contemporary Anglo-American novelists, the question "Why write?" has been answered with a renewed will to believe in the ethical value of literature. Dissatisfied with postmodernist parody and pastiche, a broad array of novelist-critics—including J.M. Coetzee, Toni Morrison, Zadie Smith, Gish Jen, Ian McEwan, and Jonathan Franzen—champion the novel as the literary genre most qualified to illuminate individual ethical action and decision-making within complex and diverse social worlds. Key to this contemporary vision of the novel's ethical power is the task of knowing and being responsible to people different from oneself, and so thoroughly have contemporary novelists devoted themselves to the ethics of otherness, that this ethics frequently sets the terms for plot, characterization, and theme.

In The Novel and the New Ethics, literary critic Dorothy J. Hale investigates how the contemporary emphasis on literature's social relevance sparks a new ethical description of the novel's social value that is in fact rooted in the modernist notion of narrative form. This "new" ethics of the contemporary moment has its origin in the "new" idea of novelistic form that Henry James inaugurated and which was consolidated through the modernist narrative experiments and was developed over the course of the twentieth century. In Hale's reading, the art of the novel becomes defined with increasing explicitness as an aesthetics of alterity made visible as a formalist ethics. In fact, it is this commitment to otherness as a narrative act which has conferred on the genre an artistic intensity and richness that extends to the novel's every word.

Dorothy J. Hale: Dorothy J. Hale is Professor of English at the University of California, Berkeley. She is the author of Social Formalism: The Novel in Theory from Henry James to the Present (Stanford, 1998), which received the George and Barbara Perkins Prize from the Society for the Study of Narrative, and the editor of The Novel: An Anthology of Criticism and Theory, 1900–2000 (2006).