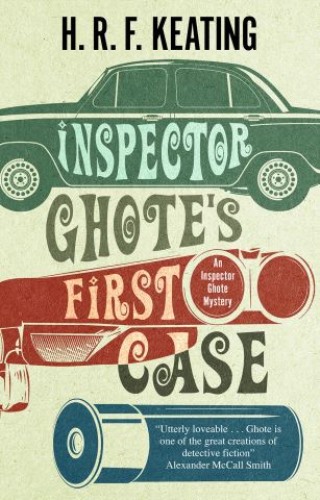 Newly-promoted Inspector Ghote, 'one of the great creations of detective fiction' (Alexander McCall Smith), investigates the curious case of the suicide of a woman who had no reason to take her own life in this classic mystery - with a brand-new introduction by bestselling author Vaseem Khan. Assistant Inspector Ganesh Ghote of the Bombay police force is overwhelmed with joy to receive the news that he has finally achieved his life's ambition: he is to be promoted to the rank of Inspector. His heavily pregnant wife, Protima, is delighted . . . but also preoccupied with their upcoming evening plans: he has promised to take her to see a showing of Hamlet, her favourite play, at the cinema. An unexpected knock at the door, however, means Protima is doomed to disappointment. Sir Rustom Engineer - the retired Indian Commissioner of the Bombay police �- has personally summoned Ghote, to investigate the suicide of his friend's wife. Reluctant to leave Protima, but short on options, Ghote travels to distant Mahabaleshwar. But instead of easy answers, the dogged inspector finds, to his dismay, a knot of dark secrets he worries he can never untangle . . .

H. R. F. Keating: H. R. F. Keating, known as Harry to his family and friends, was born in St Leonards-on-Sea, Sussex, in 1926. He was educated at Merchant Taylors School in London and Trinity College, Dublin, before training as a journalist. As well as publishing over sixty books in his lifetime, Keating was the crime fiction reviewer for The Times for fifteen years and held many prestigious roles, including Chairman of the Society of Authors and President of the Detection Club. Keating's first novel about Inspector Ghote, The Perfect Murder, won the Gold Dagger of the Crime Writers Association and an Edgar Allen Poe Special Award, and was later made into a film by Merchant Ivory. He subsequently won many more awards, including the CWA's Cartier Diamond Dagger for outstanding services to crime literature. He lived in London with his wife, the actor Sheila Mitchell, until his death in 2011, aged eighty-four.