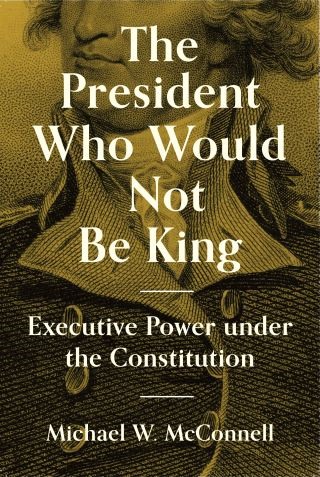 The President Who Would Not Be King

Executive Power under the Constitution

One of the most vexing questions for the framers of the Constitution was how to create a vigorous and independent executive without making him king. In today's divided public square, presidential power has never been more contested. The President Who Would Not Be King cuts through the partisan rancor to reveal what the Constitution really tells us about the powers of the president.

Michael McConnell provides a comprehensive account of the drafting of presidential powers. Because the framers met behind closed doors and left no records of their deliberations, close attention must be given to their successive drafts. McConnell shows how the framers worked from a mental list of the powers of the British monarch, and consciously decided which powers to strip from the presidency to avoid tyranny. He examines each of these powers in turn, explaining how they were understood at the time of the founding, and goes on to provide a framework for evaluating separation of powers claims, distinguishing between powers that are subject to congressional control and those in which the president has full discretion.

Based on the Tanner Lectures at Princeton University, The President Who Would Not Be King restores the original vision of the framers, showing how the Constitution restrains the excesses of an imperial presidency while empowering the executive to govern effectively.