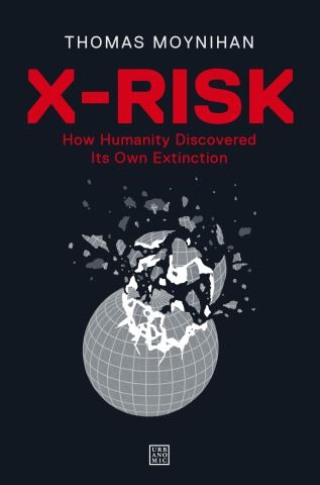 How Humanity Discovered Its Own Extinction

How humanity came to contemplate its possible extinction.

From forecasts of disastrous climate change to prophecies of evil AI superintelligences and the impending perils of genome editing, our species is increasingly concerned with the prospects of its own extinction. With humanity's future on this planet seeming more insecure by the day, in the twenty-first century, existential risk has become the object of a growing field of serious scientific inquiry. But, as Thomas Moynihan shows in X-Risk, this preoccupation is not exclusive to the post-atomic age of global warming and synthetic biology. Our growing concern with human extinction itself has a history.

Tracing this untold story, Moynihan revisits the pioneers who first contemplated the possibility of human extinction and stages the historical drama of this momentous discovery. He shows how, far from being a secular reprise of religious prophecies of apocalypse, existential risk is a thoroughly modern idea, made possible by the burgeoning sciences and philosophical tumult of the Enlightenment era. In recollecting how we first came to care for our extinction, Moynihan reveals how today's attempts to measure and mitigate existential threats are the continuation of a project initiated over two centuries ago, which concerns the very vocation of the human as a rational, responsible, and future-oriented being.